I am a big fan of Opennebula because of some of features such as good support for virtual networking and vmware and documentation. One of the biggest attractions is that is it truly open source. Opennebula has way to pass parameters from the Sunstone interface and pre-defined templates to provision a new virtual machine(vm) via context. We tried to provision some vm's with Centos 6 and it worked great using Opennebula-context rpm package install in the base image. Unfortunately the context package did not work for Centos 5.

We first installed one-context.rpm on a Centos 5 image. Upon provisioning a new guest, We noticed that the context was not being implement. Such as the hostname not being update to what we typed in the Sunstone interface.

We then looked at Opennebula-context in Github. /etc/init.d/vmcontext is the main service which runs all the context.

Centos 6
Centos 5
On the Centos 5 guest vm. We manually symlinked to the cdrom:
Test vmcontext service:

We received : "mount: no such partition found" which was tracked down to this line in /etc/init.d/vmcontext
If we run the following first then the line above would work. Weird.

Perform these steps on the Centos 5 base image before you import into Opennebula
vi /etc/init.d/vmcontext
To make the symlink correct cdrom device we need to update udev

Again I have to blog about the stupidity of the firefox version 29.0.1 interface designers. I want to refresh the screen but do not want to press F5. Hunting for that tiny refresh icon on the left of the url bar is quite annoying. 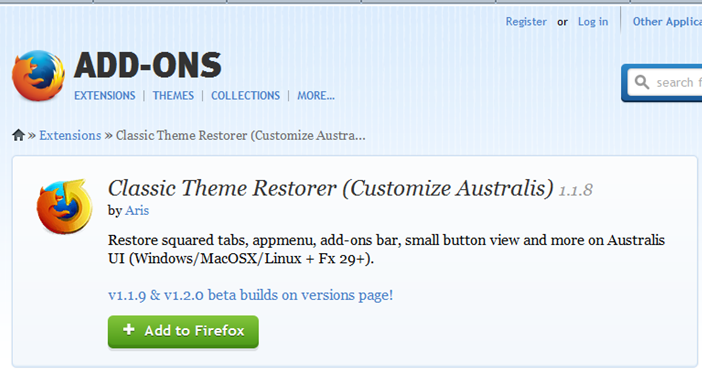 Posted by Unknown at 7:27 AM No comments:

I found that my computer system was very slow and sluggish.

View processes running
I just install a new video card that changed the Intel Rapid Storage technology driver to use Iastordatasvc instead.

After a bit of research I found the correct driver for this configuration.

Run the installation and restart computer and the CPU usage was back to normal.

Posted by Unknown at 6:47 PM No comments:


As of late, Firefox version 29 in its infinite wisdom decided the default location for tabs is above the url toolbar. It's in my opinion and many others agree that having the tabs immediate above the main html section is functionally correct, productive and makes sense. 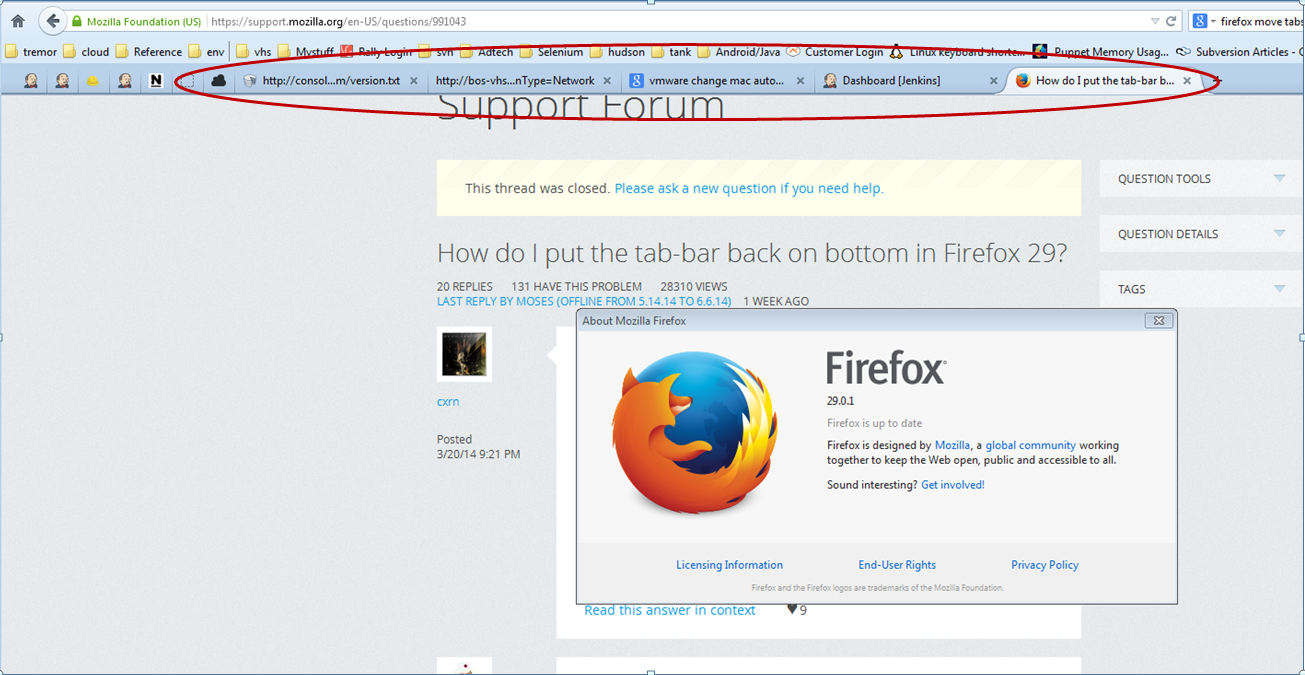 Here is the solution : https://support.mozilla.org/en-US/questions/991043

But instead of giving a clear answer, you need to read the thread figure it out and decide which course of action.

You should also be able to do this with code in userChrome.css by specifying a value for -moz-box-ordinal-group higher than the default 1, so the Tab bar is moved to a lower position than its current position in the DOM.

One liner update for linux

Posted by Unknown at 6:56 AM No comments: